Perhaps the greatest tragedy of modern British politics is the total distortion of the nature of functional governance. The cancerous mass of the corporate and financial sectors has, over the past four decades, crushed the demos and, along with it, the principle that governments should work in the interests of the masses. Yes, the Corbyn moment gave us a glimpse of a people’s alternative but, ultimately, that’s all it was, a glimpse.

The media, the bedrock of our warped democratic imaginary, presents the technocratic stewarding of abstract financial indicators as the singular political ideal. “Radical” alternatives, where politics and the people’s interests dare to align, are either censored or propagandised into oblivion. Those on the left, therefore, must amplify genuinely functional governance whenever and wherever possible.

Recent changes to the leadership of the UK and Colombia provide us with the perfect opportunity to assess the effectiveness of two radically opposing political visions over a similar timeframe.

The new (now ex!) British Prime Minister, Liz Truss, epitomises the staggering depths to which British democracy has fallen. Like Johnson before her, Truss is yet another terrifying example of an entirely vacuous and self-serving Tory politician capable of blagging their way to the top job. Lacking both Johnson’s Etonian connections and his talent for showmanship and credible mendacity, Truss positioned herself as the oligarchs’ fixer. Oligarchs whose thinktanks and newspapers softened the heads of Tory MPs and party members, paving the way for her coronation as leader and PM.

Most Tory leaders are smart enough to maintain a facade of concern for those they supposedly represent. But even this pretence was thrown out the window when Truss delivered a budget conceived behind closed doors in lock step with her dark money backers. The absence of a democratic mandate for her ultra free market experiment couldn’t constrain her and Britain was thrown into economic turmoil.

Almost exactly a month before Truss became PM, Gustavo Petro was sworn-in as Colombia’s first ever left-wing president. Petro achieved what many had thought impossible: he overcame the Colombian oligarchy’s 200 year grip on democracy. He did this by uniting a broad base of social movements and established political parties, and by running an outrageously uplifting campaign which inspired millions of forgotten Colombians, many of whom had never previously voted, to put their faith in him.

END_OF_DOCUMENT_TOKEN_TO_BE_REPLACED

Clearing out a cupboard the other day I spotted a colourful pamphlet I picked up when living in Bolivia over a decade ago. Published in 2007 by Ediciones “Amuyawi” in El Alto, it gives a detailed account of the Wiphala’s place in Andean cosmology, its history, and its role as a symbol of resistance against European colonisers and their present day descendants. It’s a prime example of decolonisation in action: research grounded, not in overseas faculties, but in the Andean Ayllus and communities where the true heirs of this knowledge reside.

The brazen attacks on the Wiphala during the 2019-20 Bolivian coup exposed the racist contempt those who carry the torch of colonial domination have for this sacred indigenous symbol. Expanding the audience of this work is clearly essential.

A quick web search took me to a digitised pdf version of the pamphlet on the indigenist website katari.org, but I couldn’t find an English translation. So, I dusted off my very rusty Spanish and made one. I haven’t included any of the figures – you can find them here. Copyright is held by Ediciones “Amuyawi” and the translated text is reproduced here for educational purposes only.

END_OF_DOCUMENT_TOKEN_TO_BE_REPLACED

The world is burning, and humanity is asleep. Why won’t people just wake up??!!

It’s planting season. Last Tuesday, along with a friendly bunch of fellow farm volunteers, I spent the afternoon introducing hundreds of young tomato plants to their new poly-tunnel home. The farm’s head grower had wanted to plant them the previous week, but the nights were still too cold. Tomato plants, like all crops, must be kept within a critical range of temperatures, above or below which they could fail.

While farming in the UK certainly has its challenges, we’re still insulated from the most severe weather extremes experienced in other parts of the world. Take the hellish spring heatwave in India and Pakistan, for example, where April temperatures hit a staggering 49°C. The impact on crops has been devastating, with yields falling by 50% in the worst hit areas. For some, the end of the world is already here.

This is the grim reality of climate change – the high-carbon lifestyles of us Global Northerners inflicting mass suffering on the Global South. But it gets worse. A month ago, the Intergovernmental Panel on Climate Change released their latest report. Their assessment couldn’t have been clearer: we must act now or face climate catastrophe. The UK government responded by announcing plans to drill for more oil, a policy cheered on by the COP26 president, Alok Sharma.

Neither the latest IPCC code red warning, the South-East Asian heatwave, nor the literal pouring of petrol on an already out of control blaze by characteristically reckless Tory politicians – two slaps in the face and a kick in the crotch – registered with the dormant British public. We carry on as normal, as if these reports relate to a totally different planet altogether.

END_OF_DOCUMENT_TOKEN_TO_BE_REPLACED 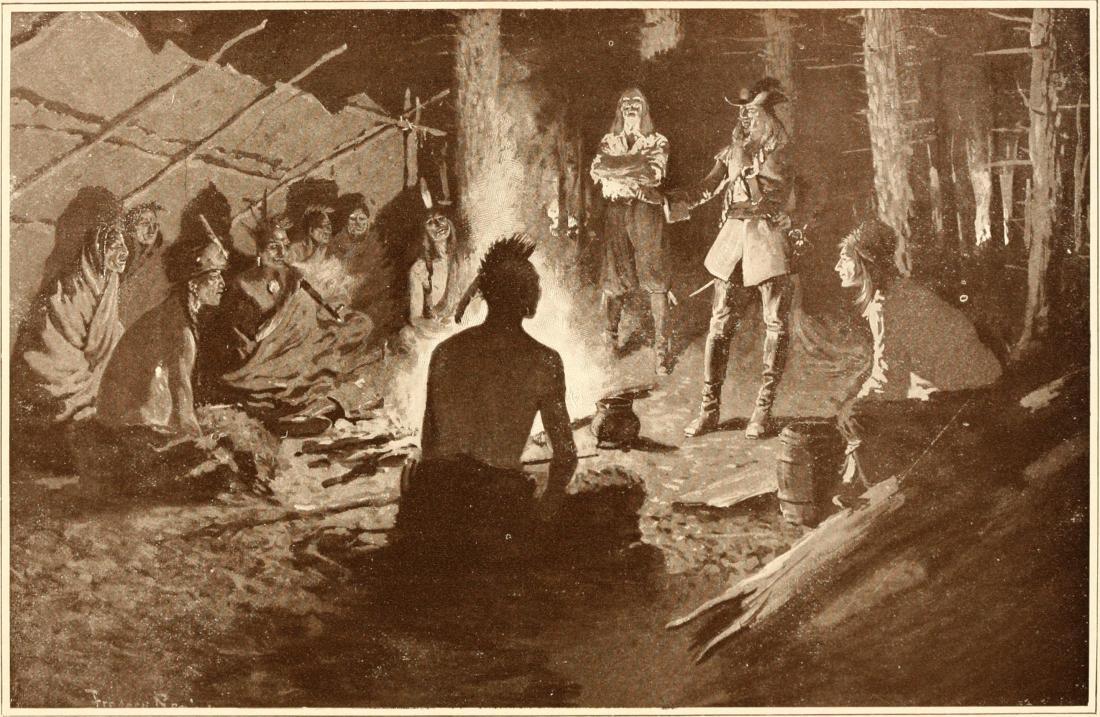 The goal of anthropology, so the saying goes, is to make the strange familiar and the familiar strange. I first heard this impressively succinct mission statement many years ago but hadn’t given it much thought since. It wasn’t until I started reading Indigenous authors’ critiques of modernity that I recognised the important of these dual processes for shifting social understanding.

The problem is this: socialisation is a powerful constrainer of social change. From the moment we’re born, we begin the long process of absorbing the social logic of our environment. Socialisation’s function is to equip humans with the basic knowledge to adaptively operate within their culture – not to question it or even understand it on a deep level. So much of the superficial workings of society are taken as given, leaving us blind to the often perverse lower-level rationales. To make matters worse, it bestows us with a quasi-moral sense that our ways are right or ‘normal’ (ethnocentrism).

The only way to lift socialisation’s blinders is through exposure to different ways of being. We open our eyes to new possibilities by meaningfully engaging with societies radically different to our own. And we shake our sense of cultural superiority with active contemplation and debate of our ways in relation to those of others. This is how the strangeness of our society is revealed to us and how social change can happen.

Just how profound can this change be? In their recent bestseller, ‘The Dawn of Everything’, David Graeber and David Wengrow argue that it was precisely these dynamics that catalysed the 18th century conceptual revolution of Western thinking on social organisation that came to be known as the ‘Enlightenment’.

Why was it, they ask, that while living under the absolute monarchy of Louis XV, French intellectuals were asking questions about the origins of social inequality? Naturalised inequality (e.g. the divine right of kings) was all they knew, so how did it occur to them that social inequality might have emerged from a primordial state of equality?

END_OF_DOCUMENT_TOKEN_TO_BE_REPLACED

During the vortex of climate debate around Glasgow’s COP26, I was struck by a depressing consensus reached by some of the UK’s most prominent environmentalists: humans are innately destructive and psychologically inept when it comes to tackling the climate emergency.

In his keynote address to world leaders, Sir David Attenborough solemnly asked, “Is the smartest species doomed by that all too human characteristic of failing to see the bigger picture in pursuit of short-term goals?”. His hope lay, not with our capacity to live within planetary boundaries, but with the combination of our “smartness” and the ever-increasing immediacy of climate change impacts jolting us into action.

And shortly before the start of COP26, environmental campaigner George Monbiot painted an even grimmer picture of our special deficiencies:

“There is a myth about human beings that withstands all evidence. It’s that we always put our survival first. This is true of other species. When confronted by an impending threat, such as winter, they invest great resources into avoiding or withstanding it: migrating or hibernating, for example. Humans are a different matter.

When faced with an impending or chronic threat, such as climate or ecological breakdown, we seem to go out of our way to compromise our survival. We convince ourselves that it’s not so serious, or even that it isn’t happening. We double down on destruction, swapping our ordinary cars for SUVs, jetting to Oblivia on a long-haul flight, burning it all up in a final frenzy.”

For anthropologists, whose field of study is the diversity of human societies on the planet, sweeping statements about what humans are or are not leave us feeling queasy. That’s not to say that generalisations can’t be made, just that when making them we must consider “humanity” in its fullest sense. And when we use this principle to scrutinise the claims made by our esteemed green campaigners, they simply don’t hold up. Missing from their conceptions of “the human” is a huge chunk of humanity – the 2.5 billion people of Indigenous and local origin – recognised by the United Nations-Indigenous Peoples and Intergovernmental Panel on the Biodiversity and Ecosystem Services (IPBES) for their harmonious connections to land and the natural world.

END_OF_DOCUMENT_TOKEN_TO_BE_REPLACED

“The forest is alive. The white people persist in destroying it. We are dying one after another, and so will they. In the end, all of the shamans will perish and the sky will collapse.” - Davi Kopenawa Yanomami